Hi there! Last time we too k a look at the Hero’s Journey. There’s more to tell, so I’m going to use some movie examples to illustrate the journey – you might like to use your own movies, stories, TV programmes or fairytale, to see how the monomyth is present in different stories and legends.

Home ground – when we meet the hero it’s in the normal world. It might be remarkably dull and boring – or he might be getting along just fine, enjoying life and having fun, maybe even engaged in something significant. And yet the normality of his world is just a surface feature. Underneath the every day façade, a different and more magical world awaits – a world so radically different from that which our hero has experienced so far. When we discover Luke Skywalker in Star Wars, he’s on the dreary dull planet Tattooine, vapour farming with his uncle and aunt and cleaning droids. When we meet Frodo Baggins he’s at a party in the Shire, eating and drinking with his friends.

The call to adventure – something strange or unusual happens in our hero’s life. It may be that tragedy strikes – or the receipt of a strange and mysterious invitation. Perhaps some natural event changes the course of the day, or something seemingly insignificant causes the whole path of the future to shift. In ‘Sliding Doors’ a child gets in the way and causes Helen to miss her train, setting in place a whole series of different outcomes. In Star Wars Luke discovers a message from a mysterious stranger hidden in R2D2’s memory. Or it may be a realisation that there must be more to life that causes our hero to set off in search of fame and fortune, adventure and dreams.

Meeting the guide – at some point in the adventure a wiser mentor appears. Sometimes we don’t recognise the teacher at first, passing them off as irrelevant, out of touch or just plain dull. And yet something continues to attract us to that guide. Sometimes that’s a real person, and sometimes it’s an author who profoundly influences our understanding of the world. Luke, of course, met Obi Wan Kenobi. Arthur was brought face to face with the mysterious Merlin, while Frodo developed a new understanding of his long time friend Gandalf.

Refusal of the call – oftentimes we will turn away from the call when we hear it, stepping back into the world of normality, seeking to cling on to the safe, to the familiar. And yet the call will continue, insistent, pressing. Ignore it too long, perhaps, and it will fade, become familiar. Yet it will never truly be forgotten. Luke chooses to return to his uncle’s farm, convinced that ‘old Ben’ is simply crazy.

At this point we begin to pass from the known world into the unknown, stepping over (or being dragged through) the threshold of adventure. From here on in all bets are off, as we see just how deep the rabbit hole goes.

Confronting the dragon – at some point we meet a danger to our lives or our sanity – the dragon that guards the mysterious new realm. We can choose to flee back to the safety of our quiet little world, or we can plunge on into the unknown. Often times the dragon forces us to step into the mystical – there is no way back into the safe and secure as bridges are burned. For Luke, it’s the moment when the Imperial forces kill the only family he knows, destroying his livelihood and provoking him to seek justice.

Tests, trials and allies – the true story begins in earnest. Our hero will be tested and learn new skills, drawing on hidden resources within. There will be challenges that will forge a new inner strength and tough resolve. In the end, this is one reason for the journey – to create change in our lives. Whether that’s increasing our magical power and connection to the power that lies within, as in Luke’s case, or understanding our true determination to succeed against the odds, as Frodo found – or increasing our ability to love, whether romantically or in dedication to humanity. As we go we draw helpers to ourselves – some we recognise as true companions, while others rub us up the wrong way. Luke, of course, finds himself in a love-hate friendship with Han Solo and the wild, untameable Chewbacca. Frodo learns who his real friends are with his companion hobbits, and an unlikely collection of men, elves and dwarves – and the one who will threaten him yet ultimately save him, Gollum.

Approaching the cave – often with fear and caution, but sometimes just rushing in, our hero steps into the inner cave, the place where the supreme ordeal must be faced. This may (in myth) be the descent into hell – for Luke it is walking into the bowels of the death star. Frodo, of course, must face Mordor itself – and a series of similar challenges along the way, including the false sanctuary under Mount Moria.

The dark night of the soul – each and every hero must face this moment – the time they feel they cannot go on. When hope has been sucked out of them, and it seems that their life has become one of failure. Drawn into this mysterious new world, it seems that whichever way they turn, disaster follows. At this point the hero faces the supreme ordeal – and often times finds that the enemy they face is themselves. Luke had to face the truth that his greatest enemy was his father – and watching his mentor die at the hands of Darth Vader. Frodo continually tempted to use the power of the ring to escape – and of course facing the loss of Gandalf to the Balrog fire demon.

Seizing the treasure – discovering the reward – as the hero triumphs over ultimate evil, or over his own weaknesses and fears, he discovers a great gift – whether that be Arthur discovering Excalibur, or Frodo and friends receiving the gifts of the elves. The reward may be a new understanding that needs to be taken back to the world. Or it may be the discovery of great love, in the case of Sleeping Beauty, or Luke rescuing Leia.

The return – flushed with success, our hero begins the journey back with his prize. Yet often the challenge is not over. Our hero may elect to remain within the other world, reluctant to return to dreary normality. Or if he does make his way back, further trouble awaits. Here the great pursuit scenes follow, as the dragon seeks to regain its mastery. Luke and Han find themselves pursued by the Empire. Frodo struggles with the despair of crossing the plains toward Mordor. We find ourselves trapped within the story, unable to speak of it clearly in the world we are familiar with.

Resurrection and rebirth – emerging finally from the rigours of the journey, our hero steps back into the known world. Yet even so, this world is not as it was before. The adventures have created a new understanding – of the nature of reality, or of inner strength and gift. The companions met along the way create a new wider life, a web of friendship that opens up new worlds. The gift won at such great cost helps transform the world as we know it. For Frodo, of course, peace is restored and the shadow that has hung over Middle Earth is dispelled. Luke discovers new worlds and a family that he didn’t know – hidden in the story in the form of one of his closest companions. Our hero returns altered from the experience – in many stories our hero dies (or appears to) before resurrection – ET on the operating table, Luke in the trash compactor.

Return – for some there are fêtes and parties to celebrate victory. The father of the prodigal son throws a feast. The Republic celebrate Luke’s destruction of the Death Star. The hobbits of the Shire get merrily drunk. The prince marries his princess. Yet the hero is changed by his adventure and nothing will ever be the same again. For many that will be the call to a new adventure, for others it will be the application of new wisdom applied to ruling the land.

Reflection – no true hero’s story is told without discovering inner truth. Luke’s world is changed by his discovery of ‘The Force’ – the magical and miraculous truth at the heart of the universe. Arthur rules in wisdom and justice having learned the secrets of power from Merlin. And there is a sense that all is well in the world – at least for the moment – as Luke is surrounded by the wraiths of his mentors, Yoda and Obi-Wan… and of his father.

Anticlockwise from the top!

Although it may take many forms, the mythical path of the hero’s journey is the core, not only of the lasting stories of our time, but also of our own lives. Next time, we’re going to take a look at how that story plays out in our own lives. But for now, in six sentences, the story…

The hero is introduced in his ORDINARY WORLD where he receives the CALL TO ADVENTURE and MEETS HIS GUIDE. He is RELUCTANT at first to CROSS THE FIRST THRESHOLD into the UNKNOWN WORLD where he will encounter TESTS and TRIALS, meeting new COMPANIONS and ENEMIES. He reaches the INNERMOST CAVE where he endures the SUPREME ORDEAL, the DARK NIGHT OF THE SOUL. He SEIZES THE TREASURE and is pursued by the forces of darkness on the ROAD BACK to his world. He is RESURRECTED and transformed by his experience. He RETURNS to his ordinary world with a treasure or GIFT to benefit his world.

PS – If you missed any of the preceding parts of the programme – catch up here: PREVIOUS CHAPTERS 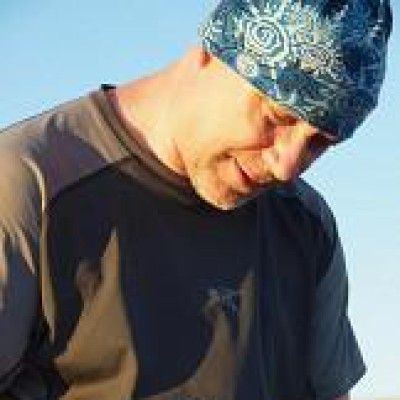